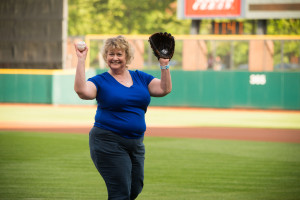 It was a crisp Spring night as the Columbus Clippers took on the Louisville Bats. Members of the Indian Run United Methodist Church had come out to see the home town team take an early lead as they won 3-2 over the Bats.  Michael Martinez got things going for the Clippers with a lead off home run in the first inning, but the church members were excited by someone else from their home town. In fact, she was a member of their own congregation.  Church member Janis Frankenberg had the honor of throwing out the ceremonial first pitch. Janis, a long lifelong baseball fan had almost as many fans as the Clippers, as friends and family members came out to support her. It was fun to be in a part of one of Janis’ dreams come true. Thanks Janis, for allowing me to share in your special moment. 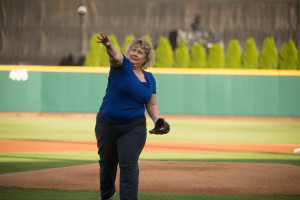 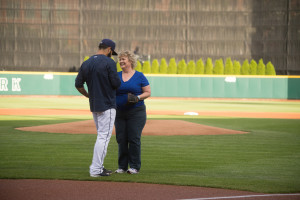 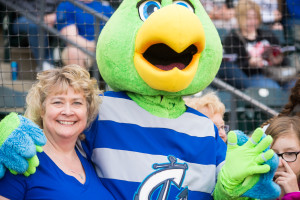 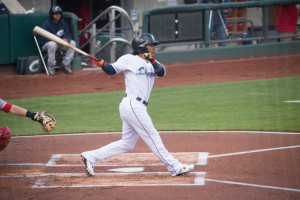 SEE MORE OF THE ACTION