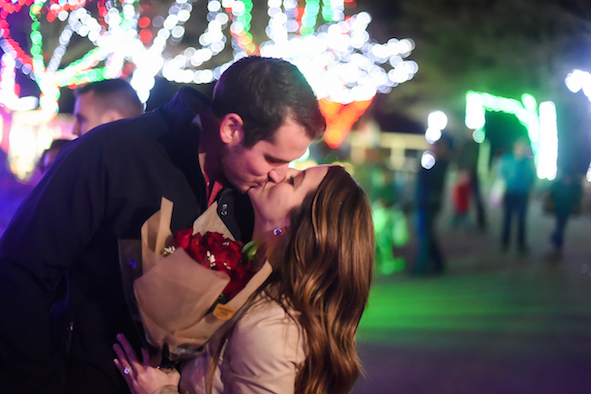 Chase pops the question under the lights at the Columbus Zoo

What’s more exciting than photographing an engaged couple planning for their future together?  A couple who is just about to get engaged!  I had the honor of photographing a young Columbus couple , Chase and Carrissa, as Chase proposed to his girlfriend and asked her to be his wife.  Without Carrissa’s knowledge, Chase had purchased the ring and hired me to meet them at the Columbus Zoo Wildlights, the site of their first official date.  So I grabbed my camera and headed to “North America” where Chase and Carrissa were planning on their 2nd annual camel ride.

It was a beautiful, unusually warm Wednesday evening (hump day even!) and after a stroll around the zoo trail, Chase pulled the ring out of his pocket and proposed to his Carrissa.  Of course she was still on the camel and was taken quite by surprise.  20 minutes or so later as we walked around the Columbus Zoo, the excitement of the proposal began to set in and Carrissa’s face was aglow… not just from the twinkle of the holiday lights of the surroundings, or from the brilliancy of the gorgeous diamond engagement ring Chase purchased from Kay’s Jewelers, but also from the joy she felt wearing the beautiful symbol of their love. 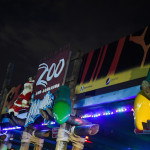 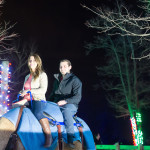 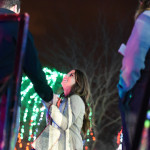 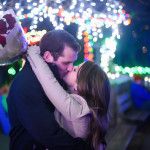